Tamarine® is a pharmaceutical product of plant origin. 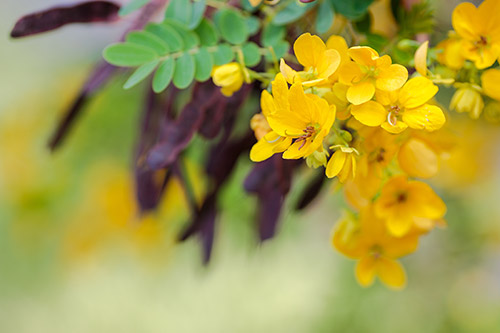 The Latin name of the herb is Cassia angustifolia*** [also known as Senna of Tinnevelly] or Cassia senna. It is also known as senna, Egyptian senna or Alexandrian senna. It is an accepted traditional laxative, used for many years.

The plant is a shrub, one-half to two meters tall. It can also be found as a small or even a large tree. It grows it in India as well as in  the countries surrounding the Red Sea (mostly Sudan). It has approximately 6 seeds in every pod. Its useful parts are the leaves and husks. Leaves and fruits contain 2-3% A, B, C & D type sennosides (senna glycosides)- with the most recognizable being A & B-, flavonoids and some polysaccharides. Leaves have a stronger action than the fruit pods. Sennosides A & B as well as their metabolism products act in the large intestine, making intestinal motility easier and faster.

In the 9th Century, Arab doctors used it as a strong laxative. Its use expanded fast, and the fruit pods and leaves are still used to this day as laxatives. Senna was introduced in Europe by the Arabs, who brought it to Venice in the 11th Century. However, the use of the senna leaves for therapeutic purposes became more common at the end of the Middle Ages. In modern medicine, it’s being used as a laxative since the 1950s.

It is also known as “Alexandrian leaves” because the Port of Alexandria – for hundreds of years – was its main commercial hub. Its Arab name, sanā, where the name senna derives from, means “brilliant”, probably owing to the bright yellow colour of the plant flowers. The Indian name of the leaves, “rajavriksha”, means “king of trees”. 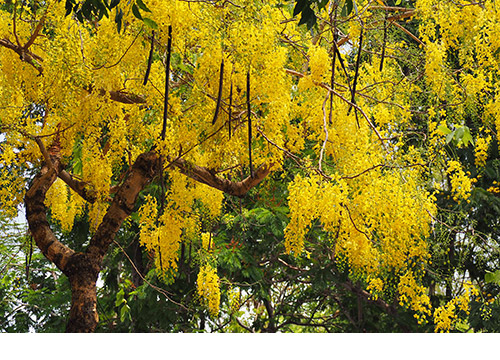 Cassia or Cassia fistula, (golden rain tree, canafistula) is a plant indigenous to India and the neighbouring South-Central Asia. It is Thailand’s national tree and flower. It is a popular ornamental plant, with many pharmaceutical properties. Cassia fistula is a medium-size, fast-growing tree, 10-20 meters high. Its leaves are soft and light green in colour. Its flowers are pendulous clusters, each one having five yellow petals of the same size and shape. After the end of florescence, the flowers produce fruit resembling hanging beans.

The value of this plant as a medicinal herb is known for thousands of years. In the Indian Ayuverda medicine, it is known as aragvadha, meaning “disease killer”. The pulp from the fruit is a recognised laxative and a source of type B sennosides, used in the treatment of constipation. 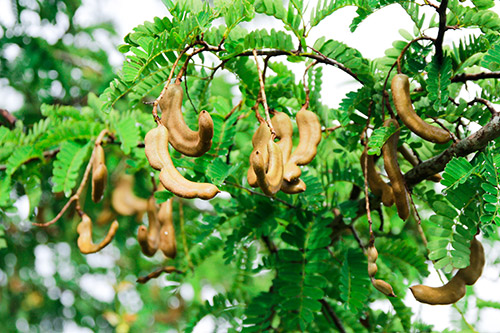 Tamarind or Tamarindus indica is a tree, native to tropical Africa.

This tree produces edible, pod-like fruit, with many culinary uses all over the world. Other uses include traditional medicine and metal polishing. Its wood can be used in carpentry. Because of its many uses, tamarind is grown  all over the world, in tropical and subtropical regions.

The tamarind fruit has proven laxative properties, owing to is high concentration in substances such as malic acid, tartaric acid, etc. Its use as a means to relieve constipation is well documented and recognised. 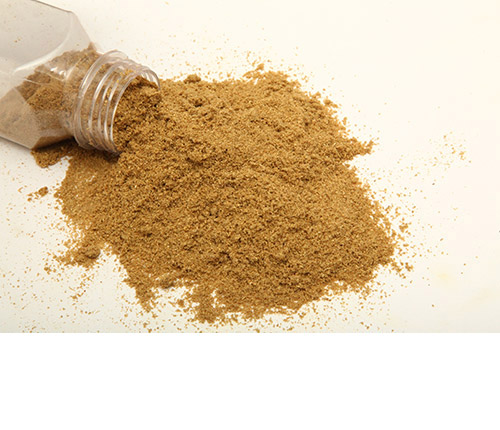 The plant Coriandrum sativum, also known as coriander, cilantro or Chinese parsley, is thought to originate from the East Mediterranean and Middle Eastern countries.

All the parts of the plant are edible, but fresh leaves and dried seeds are traditionally used for cooking. Coriander is very common in Asian, Indian, Middle Eastern, Mediterranean, Mexican, Latin American, Brazilian, Portugal, Chinese, African and Nordic cuisines.

The plant is being grown since 1000 B.C. Its fruit has been discovered inside ancient Egyptian tombs (e.g. tomb of King Tutankhamun), and it is also referenced in Egyptian papyri.

Coriander fruit is known for its digestive and antispasmodic properties, as well as for the fact that it helps relieve flatulence.

You can find out more about which cookies we are using or switch them off in settings.

This website uses cookies so that we may provide you with the best user experience possible. Cookies are stored in your browser and perform functions such as recognizing your preference when you return to our website as well as helping our team to better understand which sections of the website you find most useful.

Strictly Necessary Cookies are enabled at all times so that we can save your preferences while using our website.

If you disable this cookie, we will not be able to save your preferences. This means that every time you visit this website you will need to enable or disable cookies again.

This website uses Google Analytics to collect anonymous information such as the number of visitors to the site, and the most popular pages.

Please enable Strictly Necessary Cookies first so that we can save your preferences!